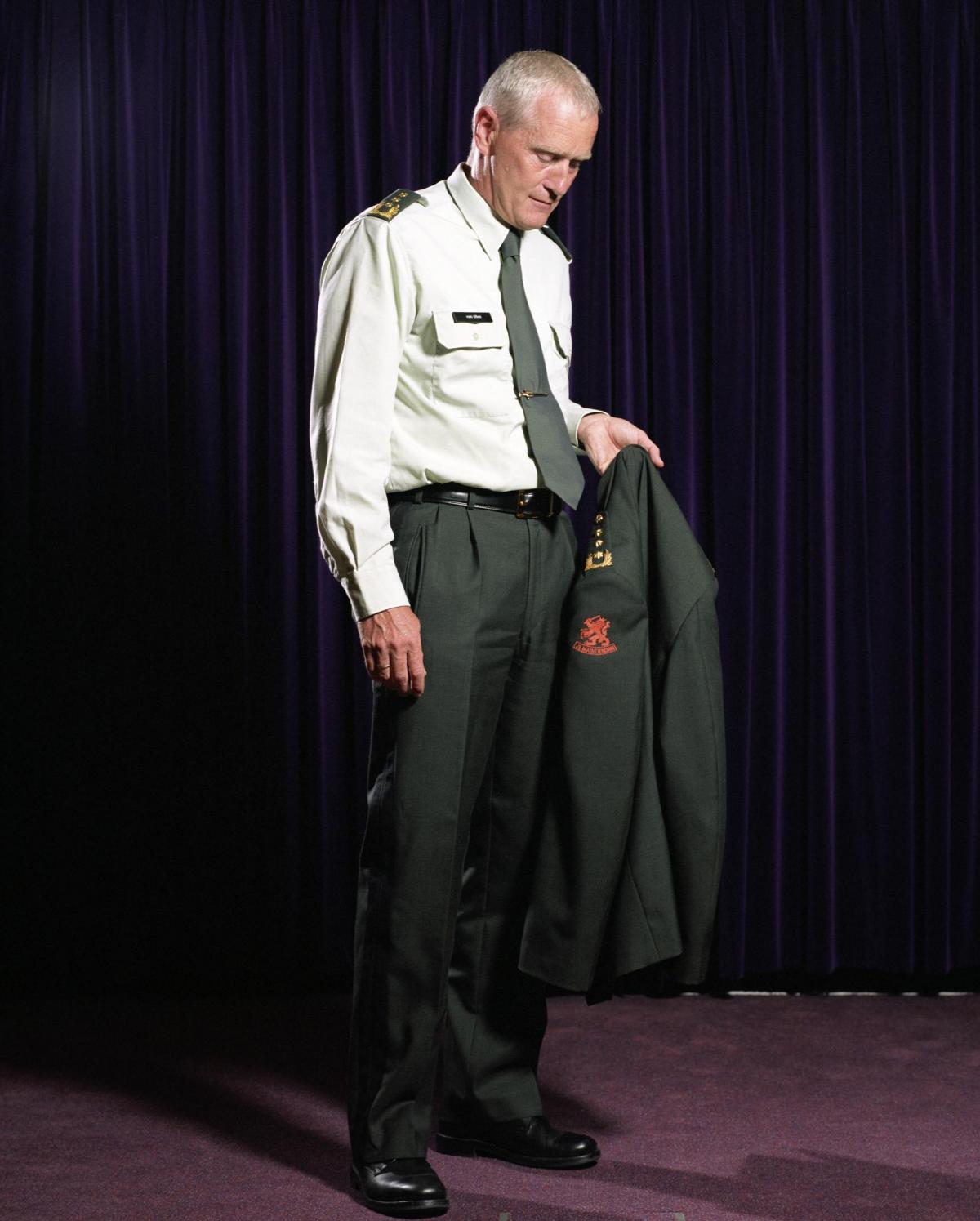 We see the loss in the attitude of General Peter van Uhm. Bowed head, downcast look, a tragic general. Or not? This portrait of former commander of the armed forces Van Uhm was taken two months before his son died in Uruzgan. The chronology of events is confusing. We see things in the portrait that are not there. Time plays a game.

Ilya about making this photographic portrait of Peter Van Uhm:

"...When asked how they capture revealing or seemingly truthful portraits, photographers often say something like, 'It's important that my subjects are relaxed. They must feel comfortable with me.' That's all fine and dandy, but there's another way to break through your subject's facade. By employing elaborate techniques - anything from the very subtle to the playful to the borderline cruel - you strip away people's socially learnt behaviours and expose a more truthful side of their personalities that they usually repress, in this meeting with Mr Van Uhm I explained him that this is sometimes needed. He understood a gave me my moment"